Poetry of Pattern: Reading the Significance of Geometry in the Islamic World

From the cool, tiled floors of a Mughal palace to the soaring, domed ceiling of a mosque; from the cover of a Qur’an to a printed hijab, handbag, Zoom background, or restaurant take-out menu, geometric patterns are ever-present within the Islamic environment whether we give them a moment’s thought or not.

In fact, the general level of understanding about the nature and significance of Islamic geometric patterns is much lower in the modern era than it ever was before it. Nowadays, we often view the complex geometrical explorations of Islamic societies – when we think about them at all – as being a response to the prohibition on representational image production imposed by the Qur’an and Hadith. Whether such a prohibition truly exists is not a matter of unanimous agreement, and it is beyond the scope of this essay to provide a fair and accurate account on the subject. However, the question of whether pictorial representations of living beings are permitted or not should never be the central principle by which we understand the role of geometry in the world of Islamic art. In this essay, I will explore how Islamic geometry exists first and foremost as a response to – and recapitulation of – the Qur’anic revelation, and how, along with Islamic calligraphy, it is arguably the most effective way of decoratively representing the Qur’anic reality upon the physical plane.

The connections between the Qur’an and calligraphy can be easily identified: Islamic calligraphy embodies the Divine Word with graceful and harmoniously proportioned alphabetic text. It is geometric in its visual organisation whilst containing the meaning of the Revelation in a literal and verbal sense. When we look at the symbolic relationship between the Revelation and Islamic geometry however, we should think less about the verbal content of the Qur’an, and more about the significance of its structure and form. The manifold connections between the verses of the Qur’an are far more extensive and patterned than that of mere consecutive progression (each verse following on from its predecessor). As Oludamini Ogunnaike notes in his essay The Silent Theology of Islamic Art, “Like many sacred texts, many of the surahs and verses of the Qur’an have a chiastic, or ring, structure. That is, the final section mirrors the first, the penultimate section mirrors the second, and so on, until the center, which contains the main theme or message. This symmetric, polycentric structure of overlapping patterns is clearly reflected in the geometric patterns of illumination that adorn Qur’anic manuscripts; the tessellations that adorn the mosques, madrasas, and homes where its verses are chanted; and even the structure of the musical maqāms in which it is recited.”1

It is perhaps this “polycentric” dimension of Islamic geometric pattern that most clearly identifies it within the larger context of geometric art and design – for geometric ornamentation is far from being unique to Islamic society. In fact, it is hard to find any traditional society that has not developed a decorative, geometric discipline. Even in pre-Islamic Arabia, geometric designs were being used to decorate dwellings, places of worship, and objects of daily living. Islam did not invent geometric ornamentation, yet geometric ornamentation took on new meanings and capabilities within the hands of Muslim mathematicians and craftspeople. Titus Burckhardt, in his book Art of Islam: Language and Meaning eloquently describes the birth of Islamic art, stating: “Islamic art did not emerge at the time of the prophet. Muslims then were culturally tribal desert dwellers and nomads. Their art was primarily poetry, and small everyday items which suit a nomadic lifestyle. It wasn’t until about a century later, after Dar ul Islam had expanded into sedentary societies and absorbed the influences of sedentary artforms, that the creation of a new art, derived from the new revelation, suddenly came about[…] they could not go on living in urban surroundings bearing the ubiquitous stamp of Greco-Roman civilization, only partly modified by the triumph of Christianity[…] That is at least the political and psychological aspect of the situation, which must not be confused with the true source of Islamic art[…] The appearance of such an art then recalls the sudden crystallisation of a supersaturated solution, to use a simile capable of various applications and which, in this case, suggests not only the suddenness of the phenomenon but also the regularity and homogeneity of the resulting forms.”2 The metaphor of the collective spiritual-aesthetic mindset being like a salt-solution which becomes more and more concentrated until it can no longer retain its liquid state and suddenly solidifies, producing rapidly growing crystalline forms, feels particularly apt when describing Islamic geometry. For Islamic geometric pattern has been designated by many as the “crystalline” aspect of Islamic art, in contrast with the more flowing and organic biomorphic designs.

These crystalline and organic aspects of Islamic art can be used individually or combined on a plane to create stunningly complex yet gracefully elegant designs. Most of these patterns can be expanded outwards from the surfaces they occupy into a theoretical infinity, evoking the endless nature of the Divine Reality and the oneness permeating all created things. This relationship between the abstract design and the physical surface it rests upon is an important one. In a philosophical sense, the design and the surface occupy different levels of reality, and each imbue their various qualities onto the other. Dr Seyyed Hossein Nasr writes in his book Islamic Art and Spirituality, “Islamic art has always sought to create an ambience in which the transient and temporal character of material things is emphasized and in which the vacuity of objects is accentuated. But if objects were to be completely unreal and absolutely nothing, there would be no existing objects to start with and no art about which to speak. The reality of the situation in all its fullness, however, encompasses both the illusory aspect of things and their being reflections and positive symbols of the higher orders of reality and finally of the Ultimate Reality Itself.”3 The geometric and biomorphic patterns of the Islamic tradition function to resist the eye’s temptation to rest upon any single point, for truly there is nothing for them to rest upon. The patterns effectively dematerialise the physicality of the objects they adorn, evoking the nothingness – the “void” as Nasr terms it – whose existence dominates and subsumes the existence of all material things.

Islamic geometry has been utilized as an aid to the spiritual life for over a millennium. However, the classical guild structures which have traditionally practised and taught this sacred knowledge suffered greatly at the hands of Western Colonialism. Orientalism and Eurocentrism denigrated, peripheralized, and rendered invisible the profound symbolic meaning of Islamic art, referring to it by pejorative and minimalizing terms such as “decoration” and “ornament”, neither of which convey power or sophistication within the semiotic hierarchy of Western art. For this reason, literacy around Islamic geometry tends to be lower among Muslims today than in pre-Colonial times. Yet, something appears to be shifting in the global aesthetic consciousness, and interest in Islamic art is slowly but steadily increasing. Within this revival, Islamic geometry is occupying a new space of prominence. It is becoming an independent discipline in its own right as opposed to the favoured subject matter of particular fields of craft, such as woodworking or ceramic tile mosaic. These new geometric artworks manifest in forms such as pencil drawings, watercolours, and digital animations. A simple Instagram search of #islamicpattern will reveal hundreds of contemporary artists who are turning their backs on the expression of individual ego in favour of the search for universal truths; for Beauty, Harmony, and the Music of the Spheres. Perhaps there is an egolessness in the practice of Islamic geometry which provides artists a kind of antidote to the ugliness and irreality of our times. For myself, at least, the practice of Islamic geometry is like a lamp in the darkness, an astrolabe in the ocean; designating a path and lighting the way. For Beauty is a pathway to Truth, and “God has inscribed Beauty upon the face of all things”.4

Check out other tags: 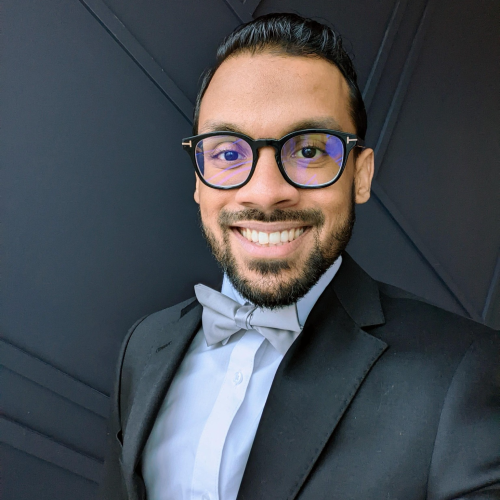 Preserve the Environment and Reap its Benefits – An Islamic Perspective

Breaking the Chains – the Shahaada of Bilal ibn Rabah

Ruling Concerning Making Up The Fast

The Role of Fasting in the Ummah- Past, Present & Future